Friends and enemies agree, Emily Weiss is a good storyteller 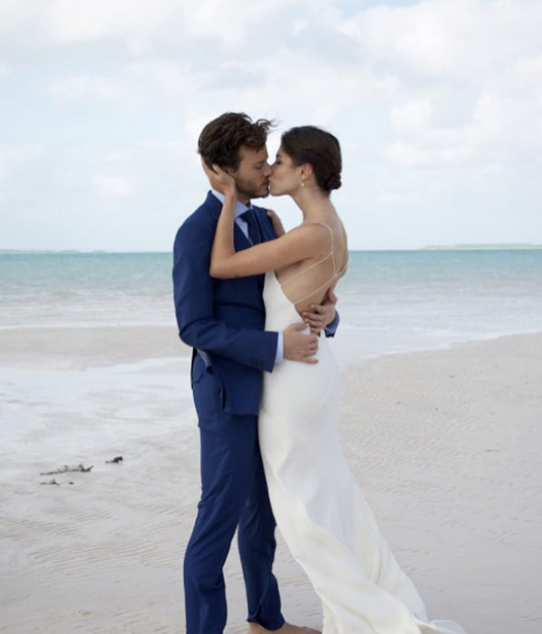 If you need to know how marketing works, consider these two essays, which are entirely opposite in how they talk about Emily Weiss, yet both agree she is able to tell a powerful story about her own experience with cosmetics.

This essay is a positive sounding puff piece:

Before Emily Weiss became the powerful business and marketing mogul we know today, she was a writer. She was a beauty columnist for Teen Vogue, actually. So yeah, she was a big deal before she became an even bigger deal.

With this background, it actually makes sense that Weiss created Into the Gloss. This platform is a beauty blog that allows viewers to peer into the cabinets and daily habits of influential women. Don’t worry, it’s not as weird as it sounds.

The blog began as a side project during her magazine internship. She would work on it from 4 a.m. to 9 a.m. everyday before work and during her free time on the weekends.

This blog is now a very popular media source, attracting at least one million readers each month. Weiss asks famous women to give peer recommendations for beauty products and asks about their daily routine. Emily Weiss describes Into the Gloss as “an editorial platform that focuses on beauty as a form of style or expression.”

…She invites women to tell stories of their experiences by creating their own style through beauty products. Viewers can then incorporate those tips and tricks to create their own looks.

Weiss succeeded. She had empathy for the readers of her blog. One can argue, “Oh, the cosmetics exploits women’s insecurities” and maybe sometimes that’s true, but it’s also true, the women who loved her blog loved her empathy.

Empathy is the starting point of good storytelling. If you say someone is a good storyteller, you’ve already said they’ve empathy. Weiss has demonstrated a kind of empathy, her readers felt understood. Strictly as a story about entrepreneurship, there is an important lesson here.

This account is more negative, and perhaps more accurate, but note the points where it agrees with the above:

Emily Weiss’s 2016 wedding prep post is one of the most superlative accounts of beauty-related futility the world has ever seen. Fifty feminist academics working for fifty years could not have concocted such a concise depiction of what is involved when one strives for conventional feminine perfection, not even if they were helmed by The Beauty Myth author Naomi Wolf herself. The expense, the time, the waste, the myopia — it’s all there, in fewer than a thousand words, with lots of hyperlinks so readers can construct an identical psychic iron maiden if they so choose.

…Much of the post’s impact can be traced to an early admission of lingering dissatisfaction, if not outright deficiency — one casual sentence that plows a deep groove into the memory banks of every woman who encounters it. “I was 8/10 happy with how I looked,” writes Weiss, a millionaire and former model, having already confided in us that she invested “Months of prep! So much prep” and nearly an entire season (the fall) on her back (skin and muscle tone, I presume). There were also colonics involved, for reasons undisclosed beyond the fact that they’re “recommended” with the dietary cleanse she undertook. I don’t know if they’re supposed to support weight loss or further “detoxing” in the name of clear pores, or what, and my hunch is that she doesn’t quite know what they were supposed to do, either. Cumulatively, Weiss’s approach to pre-matrimony body management resembles one of those old TV competitions where contestants tore around a grocery store sweeping indiscriminate armloads of products into their cart. In my very conservative estimate, and I can show my math, it took at least $30,000 and probably around 100 waking hours to reach this modest pinnacle, all in the service of being displayed to 37 guests, one groom, and a camera on a certain special day. She deems the eight out of ten “pretty good!” You can see now that the question is not, Why do I, Charlotte, think about Emily Weiss’s wedding prep a lot? but How could anyone who reads it do otherwise?

What’s most fascinating to me about Weiss’s account of her semi-successful, multi-month struggle is that it in no way bruises the bloom of hope growing in our hearts about the aesthetic heights we might achieve under the correct circumstances. Her confession that — in spite of her money, connections, knowledge, and time — she was able to only (barely!) earn a B minus degree of peace when it comes to her physicality clearly had no impact on the fans, readers, and customers who keep buying her products and awaiting more endorsements. And, look, I feel the mania, too. I want to do the cleanse she suggests. I want to be instructed by the guy who made his name training models. I’d bet my every worldly possession that the microcurrent skin treatments she mentions have no lasting effect, and probably no immediate ones either, but that doesn’t mean I wouldn’t try them.

There is nothing as intoxicating as possibility, and the promise latent in every beauty consumable, no matter how tackily packaged or how ludicrous its claims, is matched only by the near guarantee of equivalent disappointment. (8/10. 8/10! My god, do we dare ask where she would have ranked herself before she shoveled tens of thousands of dollars into the corporeal void?)