The Amazon Echo will primarily succeed in business settings, not in home settings

(Note: I thank Natalie Sidner for the editing she did on the rough draft of this post. If you need to hire a good editor, contact Natalie Sidner at “nataliesidner at gmail dot com”.) 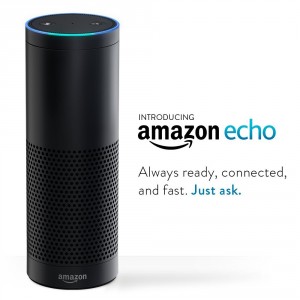 The Amazon Echo is a device with brilliant potential, yet even Amazon itself seems to misunderstand the possibilities. Amazon has positioned the device as being primarily for consumers, but I see the greatest upside in business. The Amazon Echo is at its best when delivering information to groups, such as people in meetings who need to quickly clarify a point of data.

Let’s start by listing all the ways that the Amazon Echo will fail:

2.) It will fail to be personal, because any time someone needs a personal service, their phone will perform better than the Echo.

3.) It will fail as an interface for complex data, because in those cases people will want to be looking at a computer screen.

I have heard it suggested that the Amazon Echo might be ideal for delivering personalized information to people, but I think in any scenario where personal data is needed, the person’s cell phone will do a better job — especially since the cell phone is with its owner all day, whereas the Amazon Echo is only with them when they are in the room where the Amazon Echo lives.

However, we should celebrate the Amazon Echo’s strengths. It’s not a phone, but it has its own uses. In particular, it is uniquely adapted for delivering data to groups.

1.) Unlike a phone, the amplifier/speaker is strong enough that it can project to a whole room.

2.) Unlike a phone, anyone in the room can talk to the Echo.

Because of these two features, I suspect that the Amazon Echo can do for groups what cell phones have done for individuals.

Let’s look at a specific example. The Amazon Echo would be ideal for a sales team at a company, because we can create a “skill” for Alexa (the Echo’s personality) which knows how to pull data from whatever CRM the sales team relies on.

Why would sales teams prefer this interface?

1.) Most sales people hate GUI software; they hate memorizing buttons and forms and fields and screens and all the other junk that interacting with software entails.

2.) Most sales people are highly verbal. They prefer to talk and to listen; they don’t enjoy dealing with oceans of text.

3.) Many sales managers are talented at multi-tasking, so they would benefit from being able to listen to reports about their team’s activities while they are doing something else — editing a related spreadsheet, for instance, or creating an email for the team while listening to the reports.

I can imagine the following scenarios:

1.) The manager of the sales team comes in on Monday morning and is curious what the sales team has been up to. Rather than wade through tons of email or a bunch of reports in the CRM, the sales manager asks Alexa about various companies who are customers. “Alexa, what is new with Hega Restaurants?” Then Alexa uses our newly-developed “skill” to look in Salesforce and figure out what each sales person has done regarding Hega Restaurants. She responds, “Sally met with Pak Patel and closed a deal for cleaning supplies worth $20,000; Hernandez met with Xi Yuan to discuss a contract for new fixtures worth $50,000.”

2.) The sales team is in a meeting and the manager is concerned that the team has failed to meet its targets for the quarter, but the team is certain that they are, in fact, ahead of their targets. Thankfully, there is an Amazon Echo in the conference room. So rather than pore over spreadsheets and CRM reports, they simply ask Alexa a series of questions. They may ask about each customer in turn — forming questions such as, “What about Vegan Restaurants?” or “What about Big Grill Steak restaurants?” — or perhaps they may simply ask for a summary.

Most companies spend a lot of money setting up their CRMs, yet most sales people dislike dealing with the CRMs. Therefore, on most sales teams there is a constant struggle between the manager and the team. The sales people go and visit a customer, make new contacts, and establish follow-up meetings. Then they go back to the office and are supposed to fill out a bunch of forms about new contacts and follow-up meetings, but they don’t. Most sales people are good at interacting with other humans, but they get bored when it comes time to document those interactions. The manager of the sales team then needs to act like a nagging mom, asking questions like, “Did you meet with Pak Patel at Hega Restaurants? Did you make any new contacts at Hega Restaurants? Did you schedule any future meetings? Did you close a deal?”

Yet consider this: the role of the manager could largely be automated. If there is an Amazon Echo in the room, it can take over much of the work that the manager used to do. It can ask all the same questions: “Did you meet with Pak Patel at Hega Restaurants? Did you make any new contacts at Hega Restaurants? Did you schedule any future meetings? Did you close a deal?” And it can then take the responses and turn them into real data in Salesforce.

I am only giving one example here of the kind of management functions that the Amazon Echo can take on, but I can easily imagine others.

Perhaps the company’s tech team does a 15-minute scrum meeting every morning, and the Amazon Echo walks them through the open tickets, what got done, what problems came up, what information is needed, and what should get done for the next day. Perhaps the groundskeeping team for a large golf course meets each morning to figure out what tasks were completed the previous day, what work still needs to be done, and what supplies need to be ordered. A “skill” for the Amazon Echo could easily be developed that takes care of ordering whatever supplies the team needs (flowers? fertilizer? a new hose?) for tomorrow.

The Amazon Echo is at its best in these situations, where it acts as the glue for groups. Again, when it comes to personal data, people will default to using their cell phones. But for data that belongs to a group, the Amazon Echo has unique strengths. For this reason, I see the Amazon Echo having more success in business settings than in consumer settings.

Amazon’s marketing is pitching the Echo toward consumers at home, but I doubt this is where the Echo will see its greatest success: 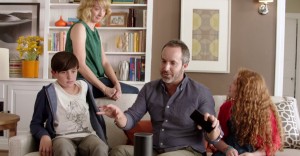