Back in the 1930s and 1940s the USA lead the way regarding women working. Although absolute numbers peaked in the 1980s, however, at the second derivative (I mean the rate of the rate of the change) the biggest uptick were the years 1933 to 1944. But since the end of the 1980s there has been nothing but decline in the USA.

To get some sense of the changing tone with which the USA talks about this, it is worth comparing some comedies from different years. For instance, His Girl Friday, from 1940, and Anchorman: The Legend Of Ron Burgundy in 2004. 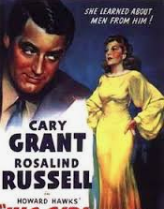 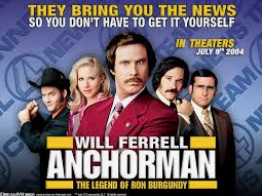 In Anchorman, much of the humor amounts to “This woman wants a highly paid white collar professional job, how are the guys supposed to handle that?” In His Girl Friday, the assumptions are the other way around, Rosalind Russel claims she wants to get married and go away and give up on the damned game of journalism, but Cary Grant knows that, deep down, she loves journalism and she can’t ever truly walk away from it, the only question is how much fast talk does he have to pull to get her to say yes to taking another assignment with him. He’s a kind of rotten guy, so she’s got a legitimate reason for putting distance between herself and him, but she’s got no legitimate reason for putting distance between herself and journalism. Of the two movies, the one from 1940 is about a guy who is comfortable working with a savvy, intelligent woman.

I won’t belabor the point. Anyone with eyes and ears has been aware that the USA no longer leads on this issue. Susan Faludi wrote her book Backlash back in 1991, and I think that book caught the beginning of the new, increasingly negative era.

How much damage has this done to the USA economy? I doubt we will ever know the full extent, but one metric tells us that there are 5 million people sitting at home, who could be out working, if the USA was as advanced as the other Western nations:

Labor force participation among U.S. men and women ages 25 to 54 has been declining for nearly 20 years, a stark contrast with rising participation in Canada over this period. Three-fourths of the difference between the two countries can be explained by the growing gap in labor force attachment of women. A key factor is the extensive parental leave policies in Canada. If the United States could reverse the trend in participation of prime-age women to match Canada, it would see 5 million additional prime-age workers join the labor force.

The decline in labor force participation of U.S. men and women ages 25 to 54 stands in stark contrast with other industrialized nations, where participation rates for prime-age workers have increased over time. In this Economic Letter, we show how labor force participation rates have diverged for men and women in the United States and Canada. We find that three-fourths of the difference in participation between the two countries can be explained by the growing gap in labor force attachment of women. We discuss how employment and social policies in Canada have made it easier for women to remain in the labor force while raising children. Our findings suggest that policy interventions to reduce the structural barriers that keep many women on the sidelines could bring millions of prime-age Americans into the labor force.