As recently as Sunday night, I was the target of an unsolicited nude. A man tweeted his exposed penis directly into my mentions.

When I attempted to report the tweet, I wasn’t allowed to. There is no selection for “This guy sent me his penis and I don’t want to see it.” Instead, Twitter suggested I block him to avoid seeing his offensive tweets in the future.

This is not helpful.

Over the weekend, Donald Trump ally and confidant Roger Stone completely lost his shit and went on a tirade against CNN journalist Don Lemon and New York Times opinion writer Charles M. Blow. His rant was likely in response to the news CNN dropped Friday night that someone was going to be indicted and charged in special counsel Robert Mueller’s investigation into possible collusion between the Trump campaign and Russia. 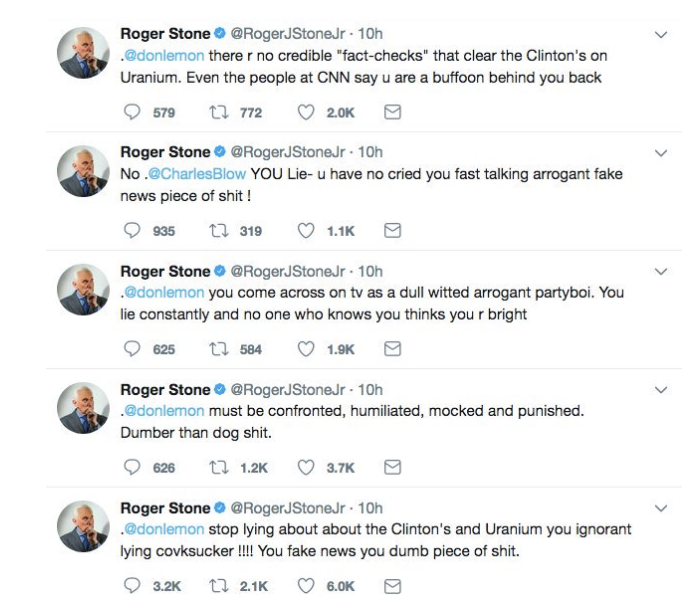 In response, Twitter suspended Stone’s account indefinitely, which surprised many. Trump goes on the same types of rants all the time, and his account is still very active. There have been many calls for Trump’s account to be suspended, but Twitter has waffled on that.