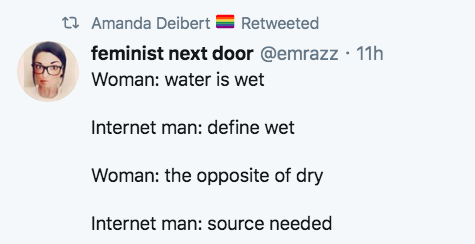 This was initially inspired by an article posted to Hacker News, regarding Google’s mismanagement of its communication tools.

When I talk to the 20 tech people who I respect most, what I notice is that everyone respects Google less now than 5 years ago. Is it a successful branding strategy that generates so much dislike?

I’m especially curious because Google is famous for basing its decisions on “data”. I have no idea how things work in Google, but I can say that every company I’ve worked at that supposedly valued “data” in meetings actually valued something darker. The use of “data” in meetings tends to be a passive aggressive negotiating tactic for a group of people who for cultural or emotional reasons don’t think it is reasonable to express strong disagreement or actual anger. Instead of expressing strong emotion, people are taught to quote data — they then cherry pick whatever statistics back up their beliefs.

As far as I know, there has never been a company that said “We want the worst informed people to make the decisions” so in a sense all companies have always valued data. But they didn’t make a fetish out of it. They simply expected people to be well informed, and to make intelligent arguments, based on what they know. That would have been true at General Motors in 1950. That much has probably been true at most companies for centuries. When management says that the company is going to be “data driven” they are implicitly asking for a particular type of interaction to happen in meetings, an elaborate dance where people hide their emotions and quote statistics.

I will suggest something more useful.

Trust your instincts. Over the years, we often condense many years of learning to a few simple rules. If you asked me from what peer-reviewed study I learned to value minimalist design, I would not be able to answer you — it comes from dozens of books, hundreds of articles, thousands of conversations, and countless observations, and if the accumulated wisdom of my years of experience is of no value to you, then why did you hire me?

Obviously I am not advocating that meetings should be abusive. No one should be allowed to talk over another person, as that would be disrespectful, but when one has a chance to speak, often the most effective kind of communication is one where people show how strongly they feel about an issue. If you are an experienced professional, then presumably you’ve been hired because the company wants to know the lessons you’ve learned over the years. If your instincts tell you that a given policy will be a disaster, don’t let anyone silence you with their demands for “data.” Speak the truth that you know.

Google seems like an example of how a “data driven” company can go off the rails. I’m not sure what their meetings are like, but I know that in media interviews the management at Google talks about their focus on data — yet their brand image continues to decline. Likewise, Marissa Mayer praised the “data driven” culture that she helped develop at Google, but when she took it to Yahoo she focused on all the wrong data — she has talked about analyzing data to learn how to boost user engagement, yet anyone who knows anything about the sub-cultures that thrived on Tumblr is also aware that Tumblr has suffered an exodus, which started around the time that Mayer took over at Yahoo.

I suspect that it is often well-educated people in their 20s and 30s who see the biggest advantages in advocating for a data driven approach. Partly that’s because invalidating the instincts of more experienced colleagues helps level the playing field between the people in their 20s versus the people in their 40s, but also because being “data driven” is what we all do in school, quoting books and articles and studies, and so people who have just gotten out of school want to continue to work in that style because it is how they have been rewarded for the first two decades of their lives. But it is a terrible way to proceed in the real world. And we should all be aware that less educated people have their own wisdom, and in the fields they know personally, they often have instincts every bit as valid as any that a well educated person might have.

Insisting on a “data driven” style can be seen as a silencing tactic. There are many other silencing tactics, each effective against different groups, but if I were to try cover them all, this essay would grow till it was the size of a book. Therefore, I will end this with a few simple rules that we would all be wise to follow:

1.) do your best to be as well informed as possible

2.) having done that, state your truth as honestly as you can, and as forcefully as you think the subject deserves

3.) be respectful of people’s counter-arguments, but don’t let anyone silence you