Do men become warlike if they do not have women?

The Economist has an article with the title “The link between polygamy and war“:

Wherever it is widely practised, polygamy (specifically polygyny, the taking of multiple wives) destabilises society, largely because it is a form of inequality which creates an urgent distress in the hearts, and loins, of young men. If a rich man has a Lamborghini, that does not mean that a poor man has to walk, for the supply of cars is not fixed. By contrast, every time a rich man takes an extra wife, another poor man must remain single. If the richest and most powerful 10% of men have, say, four wives each, the bottom 30% of men cannot marry. Young men will take desperate measures to avoid this state.

This suggests that political stability depends on young men being able to pursue their romantic dreams. This would apply in any country, not just African countries. In nations in the West, an important limiting factor is the ability to get one’s own apartment. That is, the ratio of average male wage to average rent. In the USA, the happiest year for this ratio was 1958, when people were spending 22% of their income on rent, on average. Not by coincidence, this was the peak year of the Baby Boom. In some sense, it was the best year in history to be a young white male in the USA. It was the year when it was easiest for an 18 year old male to get out of high school, get their own apartment, marry their high school sweetheart, and start a family. And of course, young people did this in huge numbers, which is why 1958 remains the peak year for teenage pregnancy in the USA. 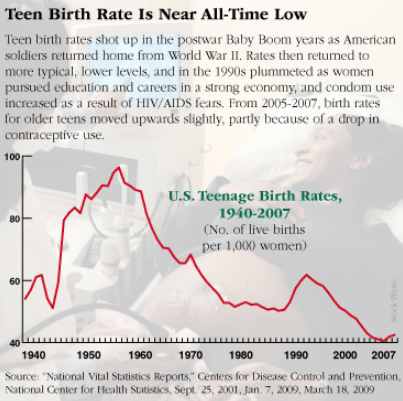 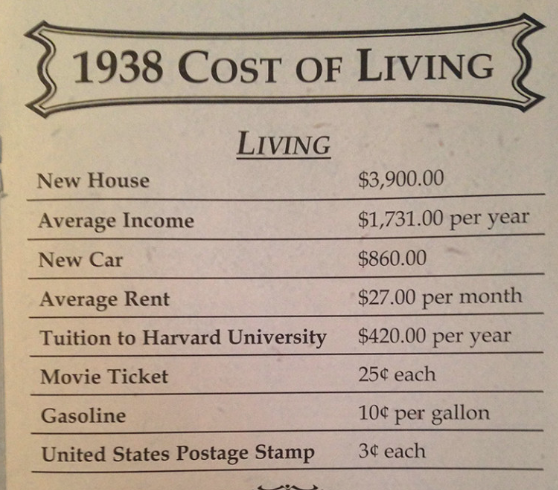 In the September 2014 Census Bureau report on income and poverty in the U.S., the median household income in America across all jobs was $51,939.

Rent has been rising faster than the average male wage since the late 1950s and politics in the USA has become angrier and angrier. 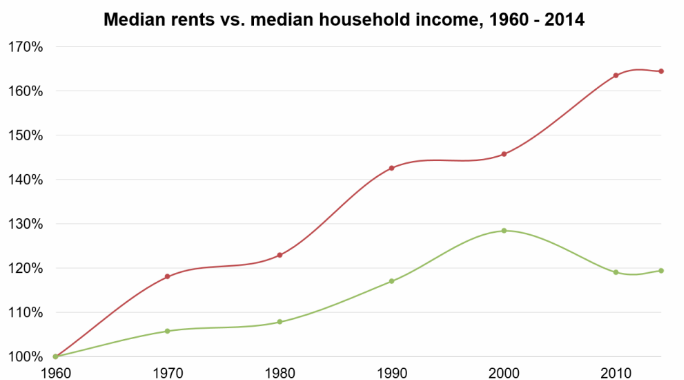 What changes would you predict from men, when their wages are lower now than in 1973? 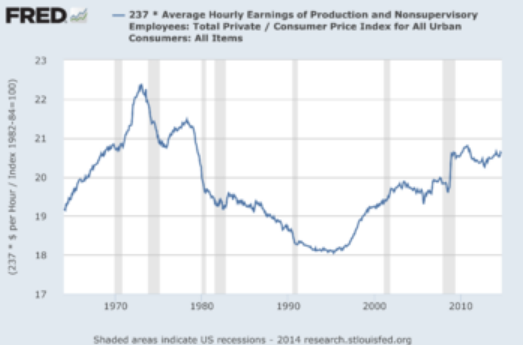 There certainly has been a change in the tone with which men talk about women. Nowadays you can find Pick Up Artist web sites where men in their 20s and 30s can supposedly learn tricks to win over women. The tone suggests that women are far away, and need to be tricked into things. In 1958, a woman was a person a man lived with and shared their life with, starting when at age 18. Early marriage had its own problems, which have been picked apart in endless comedies, but according to this article, the ease of marriage in the 1950s would have explained the contentment that the American people expressed regarding their own government and way of life. It’s a radically different life history, one where you start living with your romantic partner at age 18, versus one where you go most of your teens and 20s single.

The other implication of this is that Consumer Price Index is a lousy way to track people’s standard of living, because it tends to treat socks and lettuce and bicycles and apples and houses and automobiles and Xboxes and Nintendo consoles as all having the same weight to each other as their price. But if this article is right, that men need women or they become war like, that would suggest that one item (housing) has an emotional weight that makes it much more important than any other item. If we adjust the median male wage with the CPI then it seems male wages in the USA have been stagnant since 1973. But if we gave housing the kind of weight that this article seems to justify, then we could say that men have seen a declining standard of living since 1958. That is, the abundance of socks and lettuce and bicycles and apples and automobiles and Xboxes and Nintendo consoles does not make up for rising rent.

I would add that if you look at the lifetime chance of a man getting married, the evidence suggests that nearly everyone eventually finds a mate. This trend can be temporarily suppressed by economic disasters, such as the 1930s and 2008, but things typically bounce back once the economy is strong. Consider the USA census of 2000:

Screen out those born with serious congenital deformities, such as cerebral palsy (about 0.5% of those born), and those serving long prison terms, (about 0.5% of the population) and the LGBQT (roughly between 2% and 6% of the population), and those suffering permanent debilitating illness, such as schizophrenia, (3% to 6% of the population, depending on which disabilities you include), and you account for practically everyone who has not been married by age 40. Thus, we can conclude that nearly all healthy, non-criminal, heterosexuals get married before they turn 40.

(Obviously, these statistics will change for the better now that gay marriage is legal.)

Given enough time, nearly all heterosexual men eventually get steady jobs that pay enough that they can pay for a place of their own, and therefore start an independent romantic life. What changes, in different countries and in different centuries, is whether this can happen at age 18 or at age 25 or at age 35. In the USA, the male wage has decline since 1973, and that decline has been concentrated among younger men (I’ve read that wages for young men have been stagnant or declining since 1958, but I can’t find a source for that). The deindustrialization of the economy, and the automation of agriculture has deprived millions of men of the kinds of job that once allowed them to live an independent life starting at age 18. Should we expect men to be angrier now, since they are forced to postpone an adult romantic life a good 5 to 10 (or even 15) years later than in 1958?

A final note: someone on Hacker News said that I was ignoring those societies where it is normal for several generations of one family to live together in one household. That is true, I had to leave some things out since I was writing a short essay and not a book. My comments were mostly about the Western countries for the last century or two. Assume that my comments only apply to those cultures where people are allowed to pick their own romantic partners. Everything I said applies. The more difficult it is to find housing, the later marriage will be postponed. You can see this nowadays in Eastern Europe — if a house is too crowded for a son to bring in a wife and then have children, he will be pressured to postpone finding a mate. But yes, to the critics point, marriage happens very young in those societies where the parents chose who marries. In such societies the pressures are very different: the parents need to marry the children while they are still pliable and obedient. The more the parents wait, the more risk there is that the children will reject their parents choice.