Everything about British politics is amazing right now

Every single day brings some once-in-a-century event, either to amuse or horrify. I’m curious, has any Prime Minister in history ever before lost their first vote? 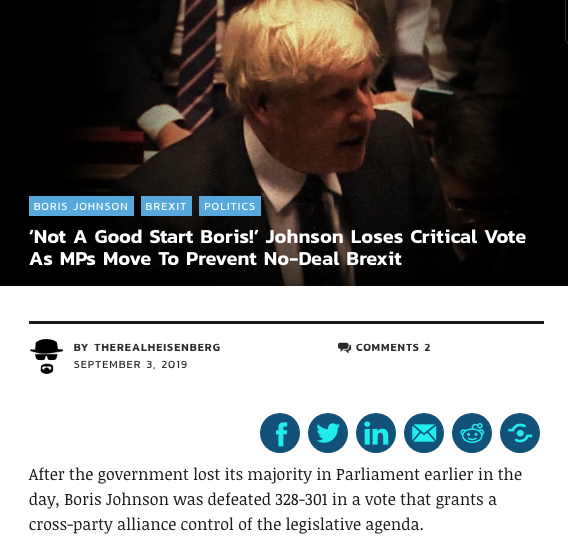 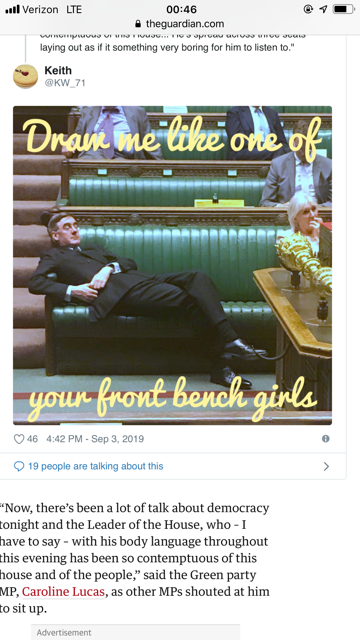 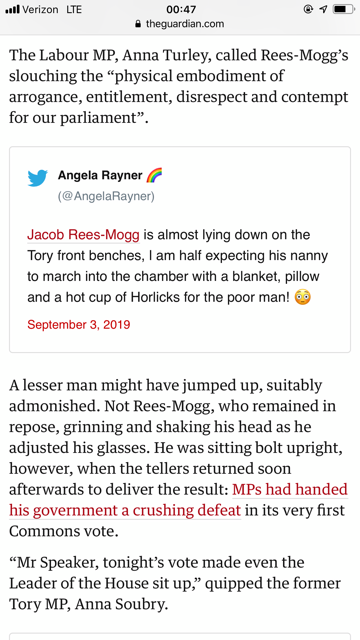 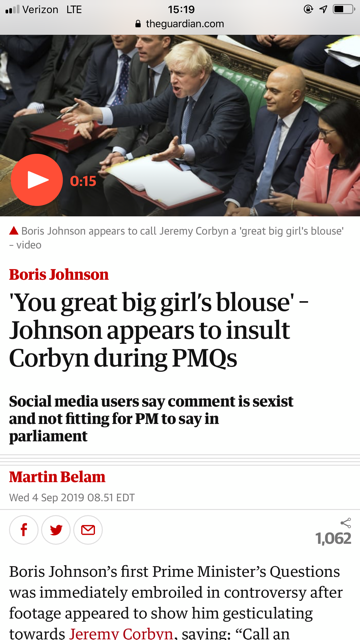 And there is this:

There is some debate over whether all this – the prorogation, the expulsions – is a series of improvised moves born of panic or, on the contrary, a cunning plan. Within that question is a related one: is the PM’s chief aide, Dominic Cummings, an evil genius or what Marina Hyde calls a “crap svengali”? One of the victims of the Tory purge – Tory grandee and Churchill’s grandson Nicholas Soames – told BBC Newsnight he believes this is all very deliberate. The assumption is that Cummings is intentionally baiting MPs so that he can trigger an election that Johnson will then cast as a populist battle of “people v parliament”.

If that’s right, it is surely the most high-risk electoral strategy ever attempted in this country. It knowingly alienates moderate Tory voters who have always quite liked, say, Ken Clarke, thereby writing off a string of seats – in the south and the West Country – that are likely to fall to the Liberal Democrats. It similarly dooms the Tories in Scotland. So Johnson will begin the next election campaign with that immediate handicap. The Cummings plan is to make up for those lost seats, and gain many more, by winning pro-leave seats in the Midlands and north of England, many of them Labour-held, chiefly by neutralising the Brexit party. Why vote for Nigel Farage when you can get a no-deal, full-monty Brexit with Johnson?

It seems to me that if the Liberal Democrats shifted enough to the left that young Remain people felt comfortable voting for them, we could witness the most significant realignment of British politics in a century.