Goodbye Jess, I will miss you very much

It’s been 3 weeks, but I remain in a state of shock. My dear friend Jess is dead. She was a truly amazing human being. I will miss her more than I can easily say. 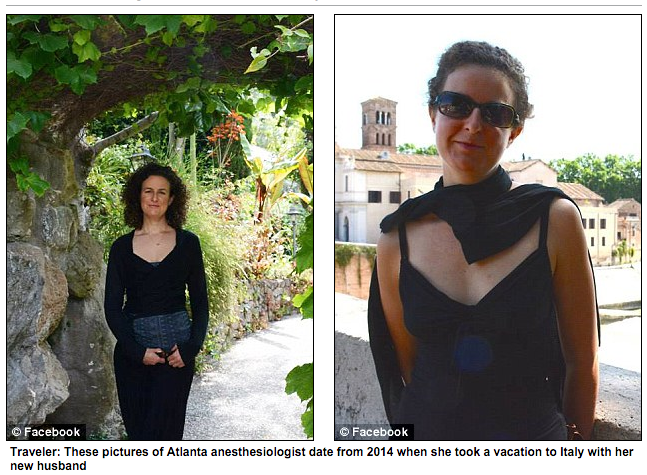 She was murdered in Grenada, where she and her husband had gone on vacation. Grenada is generally thought to be a safe island, so this is astonishing on many, many levels.

Jess originally thought she would make a career in publishing. After college, Jess went to New York for 2 years and worked as a magazine assistant editor. Then she left New York. She moved to Charlottesville, Virginia, which is where I met her. That was back in 2002.

Later, Jess became a nurse practitioner anesthesiologist. I recall back in 2004, when she first set out on the road to a medical career, she wondered if she was making a mistake, giving up on her career as an editor or writer. I reminded her of the Hemmingway quote, “The first duty of an artist is to survive.” We all have to find a way to survive in the world.

Jess and I did not speak often, especially during the last 3 or 4 years. But each of our conversations was special to me. She was a wonderfully warm and insightful person. And I always assumed we would catch up at some point and talk about how our writing was going.

Jess and I understood one another as writers, but Jess struggled with writers block for several years. Only recently did she start writing again. This last December we had an exchange via text messages where she explained she was working on fiction again. I was excited for her. She was enjoying it.

Around Christmas time she sent me a letter. She wrote this on May 18 of 2003, back when we were dating (we dated for 2 years back then). She had waited 12 and half years to share the letter with me. The letter was mostly about her struggles as a writer, and her struggles with writers block. I believe she sent it because she felt like she had gotten past her writers block, and so she now felt more free to talk about her writing.

These are some of the details that she recounts in her letter: Our friend David Stephenson had come over the night before (May 17, 2003) and we’d stayed up late talking. In the morning, I cooked breakfast for everyone. After that, David and I went to the Mudhouse to play chess, while Jess stayed behind and did some writing.

By May we had been dating for 5 months but I had seen very little of the fiction she was writing. I had told her that I would love to see more of what she was writing. She had stalled for awhile, and then said no. I was confused why she said no. I loved showing my work to others, so I didn’t understand her refusal. I had not previously encountered someone who was struggling to write in exactly the same way she was struggling to write. She needed to keep her work private, to protect it, until it was ready. This is what she tried to explain to me in the letter. Later, she shared some of her concerns with me verbally.

Mostly, she wanted to warn me about her writers block, and how difficult it was for her to write, and how protective she needed to be about her writing, because anyone’s comment, including mine, might derail her project. Here is a short excerpt:

I can’t talk to you much about it, but as Dave says of his writing project, it is “Top Secret.”

I feel, in my moments of highest clarity, that I am living this life to serve God. It’s a simple God I’m serving. Certainly not a highly profound God, but I’m learning to trust nonetheless.

This story; the writing I’m now doing, seems to be going nowhere, but is important, is all part of this higher project…

Finding that volume of Robinson Jeffers poetry has me immensely excited…

Lawrence, in real life I don’t think I can really talk to you about working on this story. I’m not currently making anything that I can show. I’m sure when I will be. Perhaps it will be years before the actual writing is underway. I don’t think so and I certainly don’t hope so. I have managed to write the first section (very small, but a start, I think).

Anyway, those are my thoughts on the matter.

She wrote “Perhaps it will be years before the actual writing is underway” and then she waited 12 and half years to send me the letter. I suppose she felt she was ready to talk about it now.

Although she did not want to share the novel she was working on, she loved engaging in writing exercises with me. In 2003 we developed a game where we would go to some coffeeshop, and throw out themes, then write on that theme for 15 minutes, then exchange what we wrote, and each would read to the other what the other had written. This was the best part of our relationship and the best part of our friendship afterwards.

Exactly 6 years ago this week, in 2010, I got on a plane and flew down to Atlanta, where Jess lived. It was a chance for us to connect again. The best part of that week was when we went to a coffeeshop and played our old game. We took turns suggesting themes, then we wrote for 15 minutes, then we shared what we wrote.

I think she loved anything that helped her get into the flow writing, though I’d like to think we were especially attuned to each other’s writing style.

Truly, I will miss her more than I can easily say.

As to the absolute senselessness of this violence, I doubt I can find any words that might structure my grief. What of Jess? What a beautiful thing the world has lost.

To understand yourself to be a creative being, to struggle for long years against depression and creative stifling, to finally discover your true voice and engage with joy in your preferred creative outlet, to experience this joy for only a few months before being brutally murdered…

“Incomprehensible” is a good word, for truly I am at the limits of my imagination trying to make sense of such a cruel fate.