How did writing begin?

The direct antecedent of the Mesopotamian script was a recording device consisting of clay tokens of multiple shapes (Schmandt-Besserat 1996). The artifacts, mostly of geometric forms such as cones, spheres, disks, cylinders and ovoids, are recovered in archaeological sites dating 8000–3000 BC (Fig. 1). The tokens, used as counters to keep track of goods, were the earliest code—a system of signs for transmitting information. Each token shape was semantic, referring to a particular unit of merchandise. For example, a cone and a sphere stood respectively for a small and a large measure of grain, and ovoids represented jars of oil. The repertory of some three hundred types of counters made it feasible to manipulate and store information on multiple categories of goods (Schmandt-Besserat 1992). 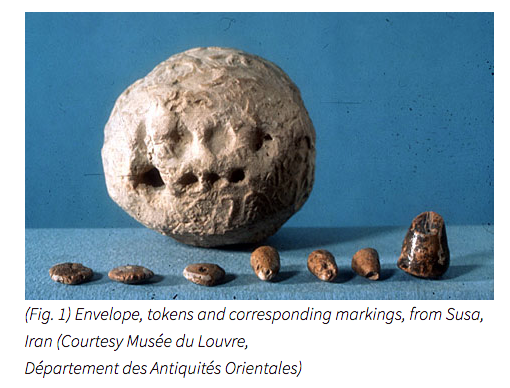 From lawrence on How I recovered from Lyme Disease: I fasted for two weeks, no food, just water

"In my experience, yes. I have made it common to do a 3 day fast a few times a year. Anecdotally, I would say i..."

From Tes on How I recovered from Lyme Disease: I fasted for two weeks, no food, just water

"Thank you so much for sharing your story. I have recently been diagnosed with Lyme disease and want to treat i..."

From Gábor Hidvégi on What does PHP offer now?

"Good article. However I hate to see so called "SOLID Principles" conflated with OOD. SOLID is a form of cargo ..."

"The first time I looked closely at OOP I was astonished at the – idiocy, the absence of any usefulness, the ad..."