How much of Gamergate is simply mental illness

Hitler believed that the Jews controlled the world and were working to destroy Germany. Racism that extreme is an obvious sign of mental illness. And likewise with misogyny. Where exactly is the line that divides banal everyday misogyny from mental illness? And how do we limit the damage that the mentally ill can do, while getting them the help they need? Several of the more extreme Gamergate men seem to be suffering from mental illness, Jace Connors being the obvious case. 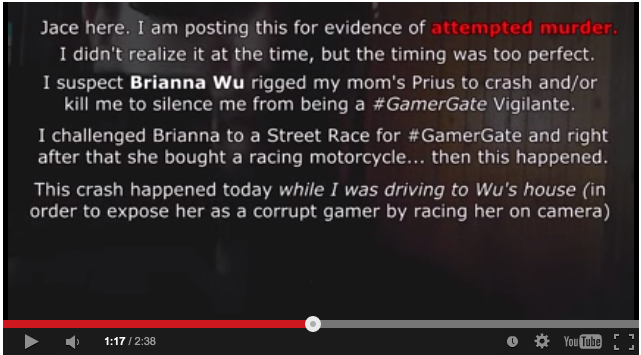 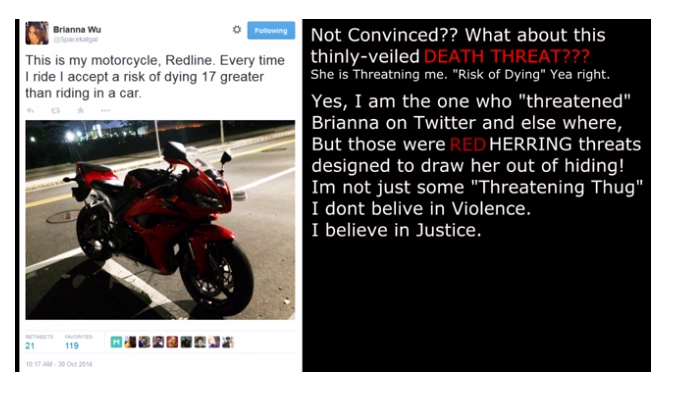 The theory that Connors was a hoax started gaining serious traction over the weekend on a message board called Kiwi Farms (you can read some of that here, if you really want to go deep on this thing). BuzzFeed’s Joseph Bernstein tracked down Rankowski and found that he’s a 20-year-old who lives in Maine and is affiliated with Million Dollar Extreme, which Bernstein describes as a “provocative cult comedy group based in Rhode Island.”

Provocative indeed: in the service of comedy, Rankowski has spent the past two years playing a gun-and-knife-loving, mentally ill video game fan, sometimes using his unsuspecting mother to play the character of … his mother. He was egged on by a man named Sam Hyde, the comedian who created Million Dollar Extreme. Bernstein reports that Hyde told Rankowski he was going a little too far after the terrifying video in which he claimed to have crashed his car on his way to Brianna Wu’s house to confront her.

Rankowski told Bernstein that once Gamergaters started to suspect he was making fun of them and didn’t in fact share their sincere zeal for terrorizing women—despite the videos he made doing just that—they started doxxing and harassing him:

“People have been calling my old high school calling my work,” Rankowski told BuzzFeed News, “and saying these nasty things about me. I was made to sign a contract at my job saying I wouldn’t make any of these videos again. I received a letter in the mail with a picture of me from my high school yearbook… It said I shouldn’t have fucked with 8chan.”

Hyde told BuzzFeed News that over the past two days he has also been harassed. “Some kid stood outside my window throwing pebbles. And someone knocked on my door — it’s a closed apartment, you shouldn’t be able to get in. And then there was no one there.”

Yes. Very sad. Ironic, too, if you’re into that sort of thing!

The question of whether “Connors” was for real even divided the Gamergaters; last month, I had an interesting Twitter conversation with Kingofpol, a Gamergate supporter who hosts a popular podcast. Pol had “Connors” on the program, and afterwards he seemed unsure just what the deal was there. He told me Connors had “obvious mental issues” or else was “a complete troll.”