The Trump administration is racist

I’ve realized I’ve never said this before on this blog, and I want to be on the record for saying what is extremely obvious to anyone who can see. This has nothing to do with immigration: 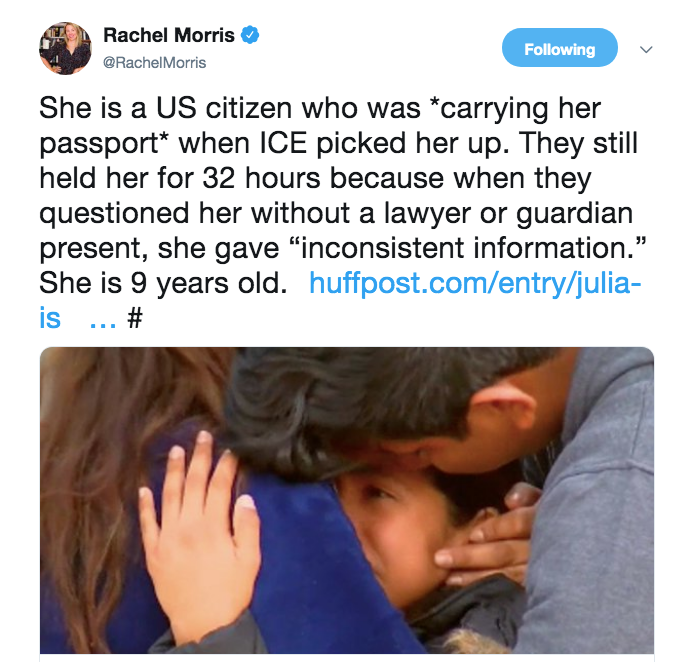 We should all be afraid, because the government is increasingly seizing USA citizens and holding them without charges, for the sole purpose of spreading terror and intimidating the public. This is a government that wants to normalize authoritarian practices with vulnerable groups so that eventually such practices can be used against everyone.

Officials had no explanation for why the process took 32 hours or why the 9-year-old was in custody the entire time.

Medina’s brother, who is also a U.S. citizen, said officials initially accused him of human trafficking and demanded he sign a paper saying that his sister was really his cousin.

“He was told that he would be taken to jail and they were going to charge him for human trafficking and sex trafficking,” Julia’s mom, Thelma Galaxia, told NBC.