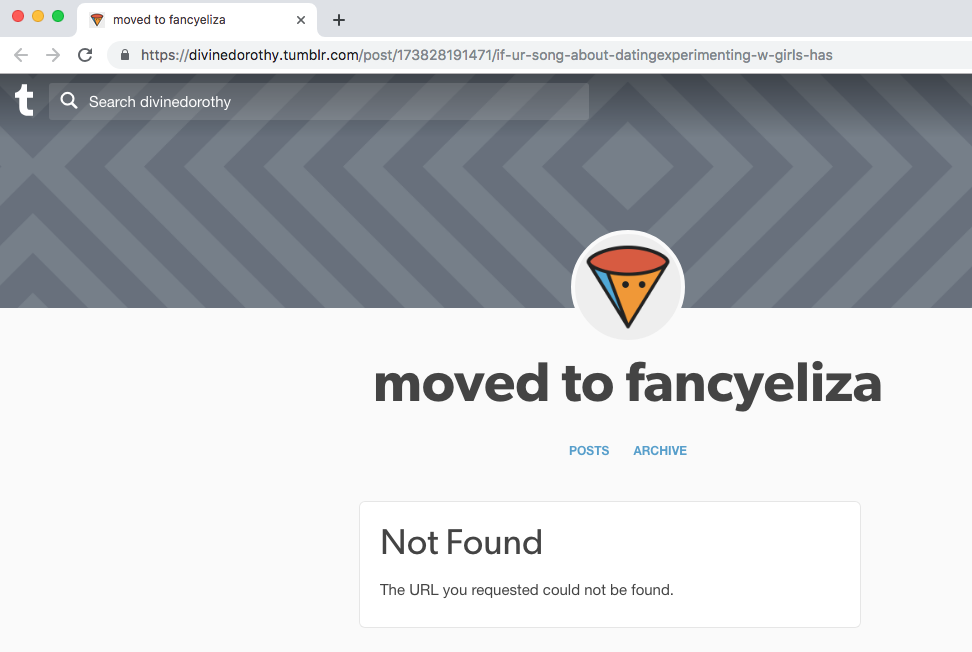 The original post was reblogged here, where it can still be seen, but if you follow the link to the source you get the 404 that I just posted in the previous screenshot: 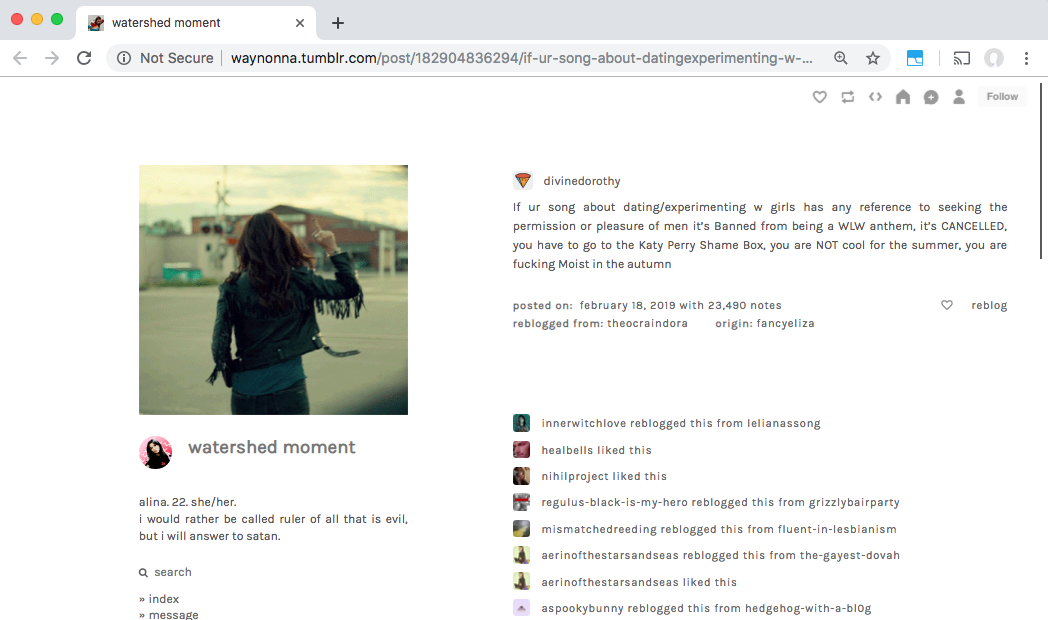 I’m also curious what causes people to use Tumblr instead of Twitter. This could have easily fit onto Twitter:

If ur song about dating/experimenting w girls has any reference to seeking the permission or pleasure of men it’s Banned from being a WLW anthem, it’s CANCELLED, you have to go to the Katy Perry Shame Box, you are NOT cool for the summer, you are fucking Moist in the autumn

You can argue “Tumblr is a weblog platform so it is for longer posts” but this is mostly a lie. Lately I’ve been researching Tumblr, and long posts are very rare. More than 90% of what I see could easily fit on Twitter. So I wonder what is that steers some people to Tumblr? Tumblr seems much more welcoming to niche sub-cultures, but why?