Why put this much energy into trying to save one member of a community?

It is frustrating that there are so many good people trying to get into tech, and not being able to, while considerable allowance if given to some other people. For an old reference from 15 years ago, see this bit about Dave Winer.

This post is a collection of links about John De Goes that show some clear patterns of behavior:

Despite all of the information in this post being publicly available and widely known, De Goes is frequently invited to Scala conferences to speak. The following are a few of his conference appearances in 2019:

Scale by the Bay

I know that the Scala Exchange organizers are aware of the information in this post, because I shared much of it with them when I declined a keynote invitation in February. I also know of other cases of people in the Scala community declining invitations from conferences on this list and providing similar reasons. The organizers of these conferences aren’t choosing to give De Goes a platform because they don’t know about his history of abuse, accusing women of lying, etc.—they just don’t care. 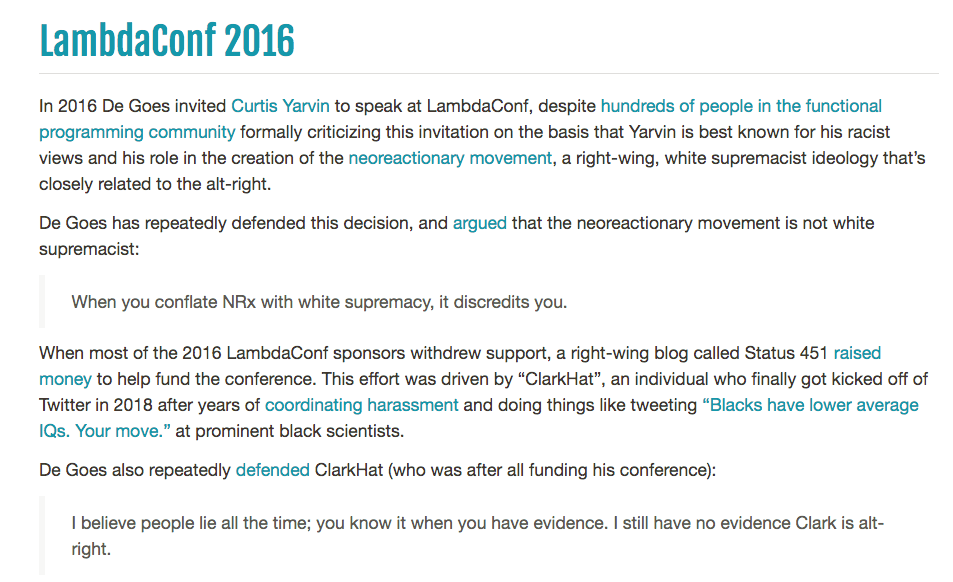