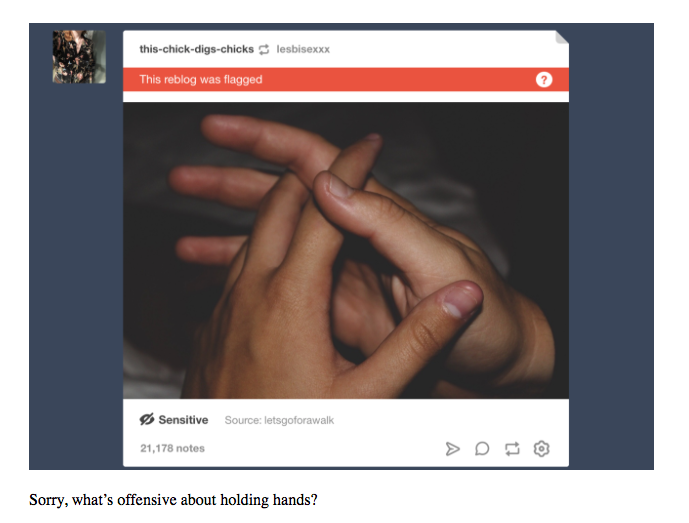 I’m curious if Tumblr is using AI, or if they are using humans to delete these images? If AI, why is the AI always so terrible? Why does the tech industry talk about breakthroughs in AI, yet actual use of AI tends to be absurd? This story would be a bit more familiar if the deleting is being done by humans, especially if the new ownership of Tumblir is motivated by religious or traditional ideology. In that case it is simply a traditionalist crackdown, of the time that humans have seen a zillion times before. 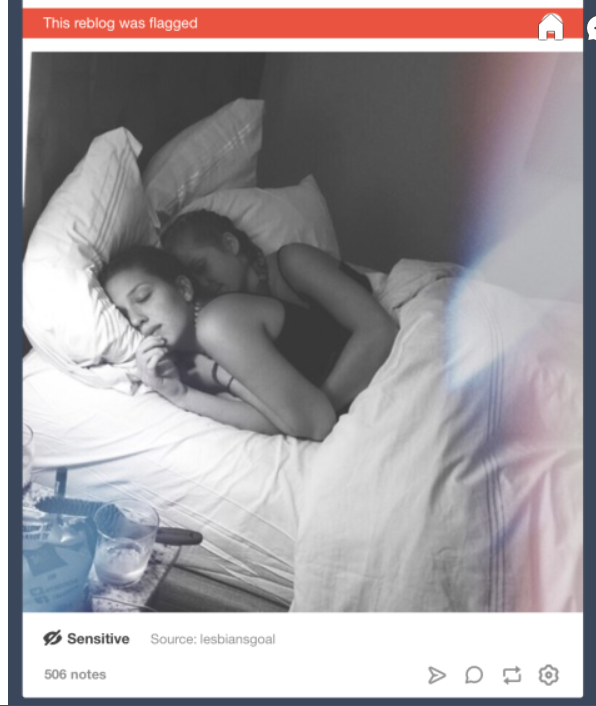 It’ll be curious to look back at this, a year from now, to see the fallout.

Is Tumblr going after pro-anna blogs?

Is Tumblr going after alt-right blogs?

Back in the 1990s, I was very idealistic about the Internet. I thought it would be a force for good. Nowadays it mostly seems to be a force for evil. I am heartbroken about this. And yet, there are many cases, such as this one, where the evil does not arise from anything inherent in the Internet, but rather, it arises from the decisions particular individuals are making as they gain power over some of the important sites, such as Tumblr. They are making decisions to make these sites worse than they were before.